Be the first to know about new recipes and reviews!

The History of National Donut Day

It’s here! It’s here! A foodie’s favorite holiday to celebrate…National Donut Day! Or Doughnut. No matter how you spell it these delicious fluffy pastries have our hearts. National Donut Day falls on June 1st every year and has for many years! But do you know where the day originated?

It was actually started by the Salvation Army in Chicago. They celebrated the first National Donut Day back in 1938. Exactly 80 years ago! It began as a way to help those in need during the Great Depression and to commemorate the work of the “Donut Lassies,” who served donuts to soldiers during World War I.

When is National Donut Day?

Given the nickname “Donut Lassies,” the women who served donuts to troops are often credited with popularizing the amazing donut in the United States. The troops returning home from war were also given a clever nickname “doughboys”.

The Salvation Army continues to use the donut as a symbol of comfort to those in need through its many social services programs. They still serve donuts, in addition to warm meals and hydration, to those in need during times of disaster. For National Donut Day The Salvation Army celebrates the work of the original Donut Lassies by delivering donuts to those in needand to donut lovers across the country. You can join them in San Diego in Belmont Park on June 1st, 2018  from 12pm-1pm right by the Great Dipper Coaster for free donuts!

By partnering with The Salvation Army San Diego, they wanted me to share the interesting story of National Donut Day’s origin as well as the original donut recipe they used. 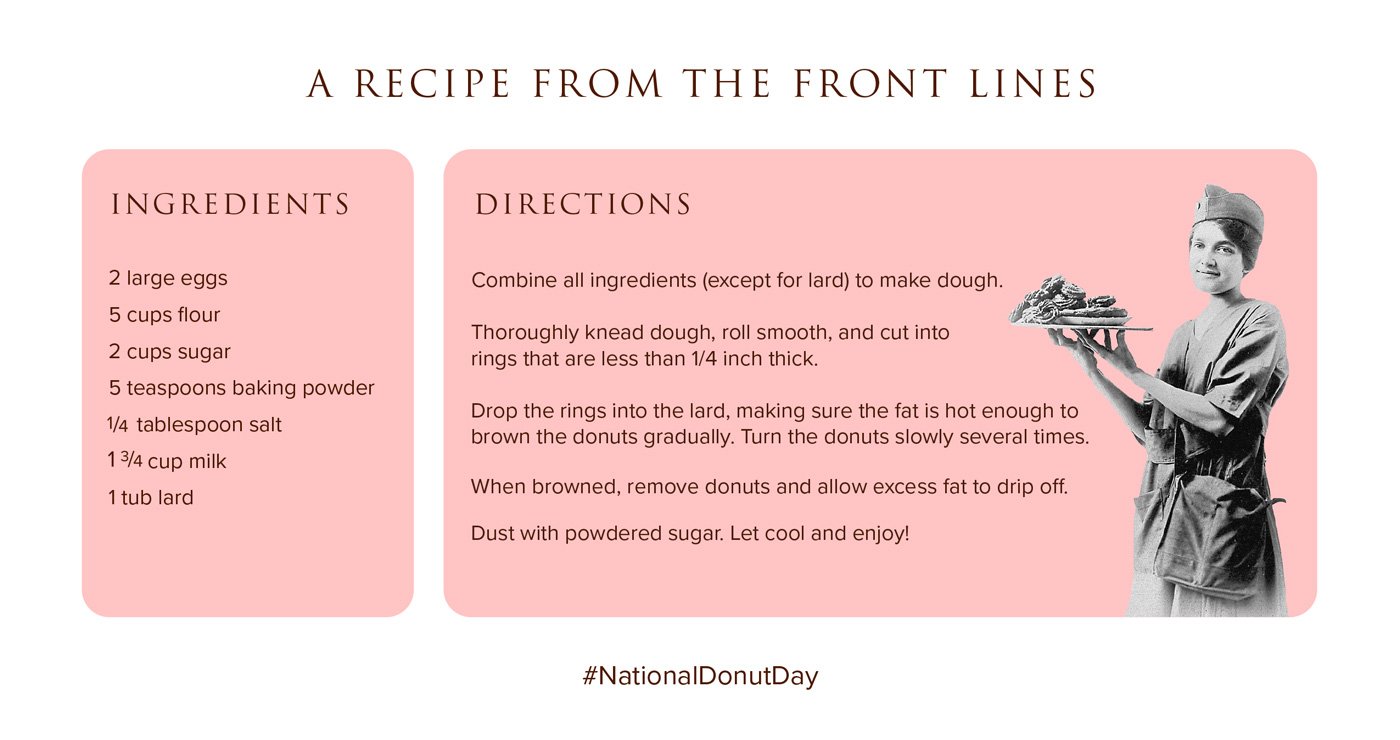 For the sake of providing you with an easier recipe that you can make in less than 30 minutes I also included a recipe for cinnamon sugar donuts that anyone can make at home! Pretty sure they should just be called crack donuts because once you have one you can’t stop! It’s dangerous! 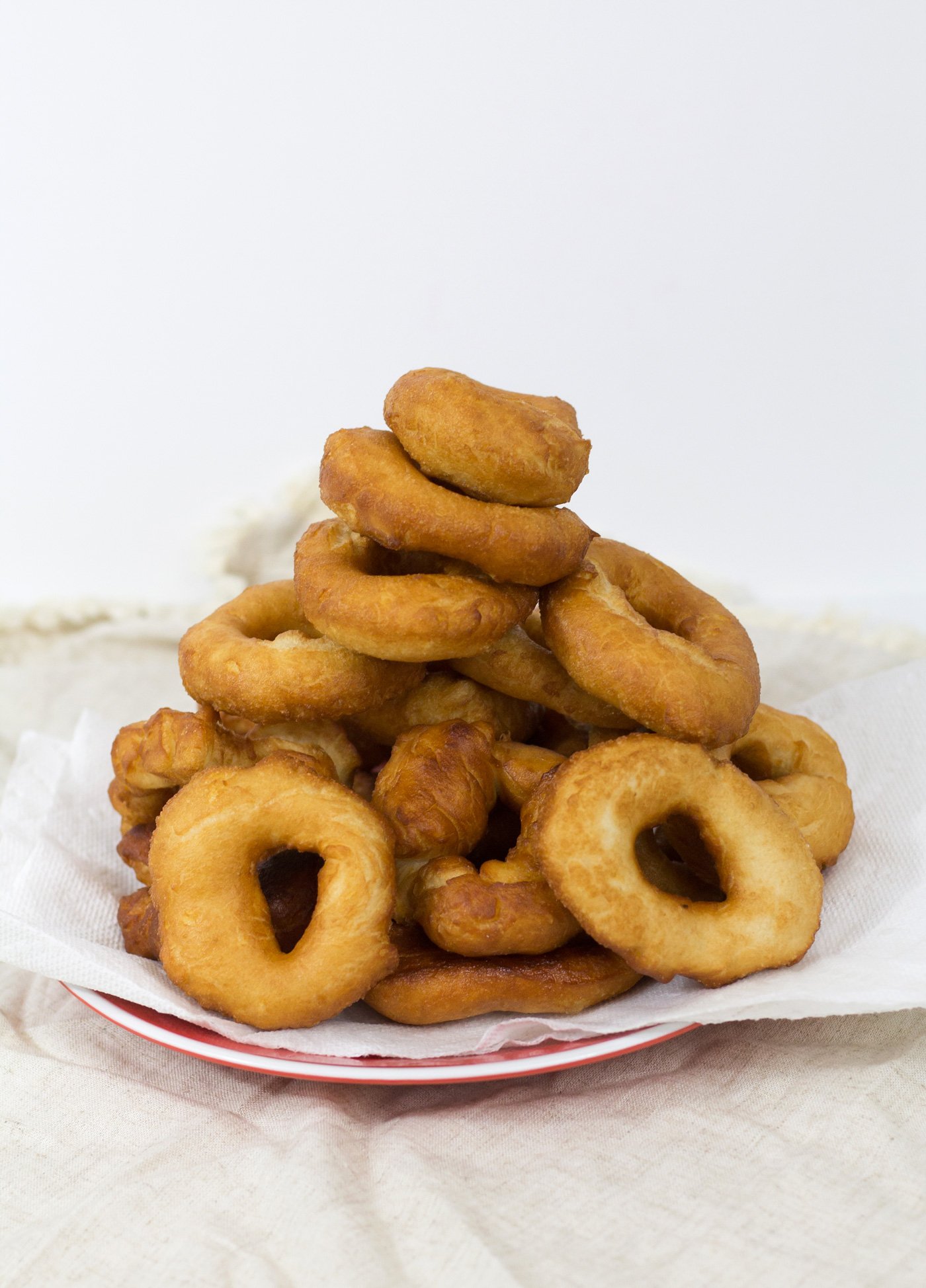 Fresh donuts before the cinnamon and sugar were added!

Start heating your peanut oil in a stock pot on medium heat.

While the oil heats open your biscuit dough tube and lay each biscuit out on a cutting board. Using a donut hole cutter make a small hole in the middle of each biscuit. Next, take the extra dough and meld it back into the outside ring of the donut to keep it thick.

Once the oil seems hot enough place a few donuts in the oil with the chopstick. This will prevent you from getting burned by the oil. BE CAREFUL!

The donuts will sink at first but in less than a minute they will float to the top. When they do, make sure to flip them over with the chopstick for a few more seconds or until golden brown.

Once they look nice and golden remove them from the oil and place them on a plate lined with paper towels. Repeat the previous 2 steps with the rest of the donuts until they are all cooked.

When the donuts are all cooked dump some sugar and cinnamon to your liking into a brown paper bag. Add several donuts to the bag, shake vigorously to coat them, and serve warm! YUM! 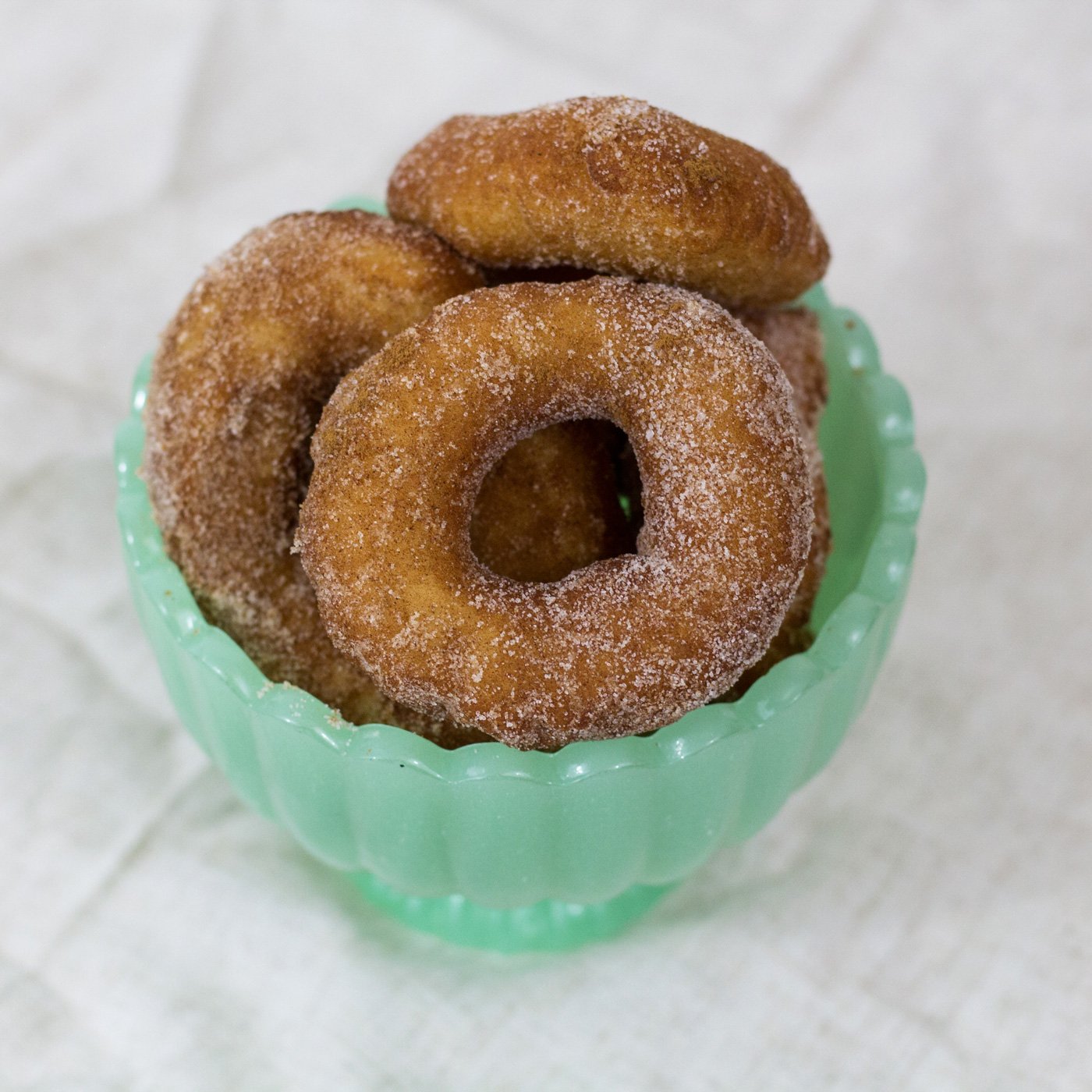 Natasha Octon is a San Diego based Food Blogger and Photographer. In addition to writing and photography, she loves cooking and developing unique recipes in her home kitchen. Some of her favorite meals to make at home include, tacos, pasta and occasionally the epic charcuterie board. Let's dig deeper → 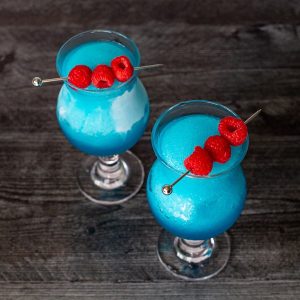 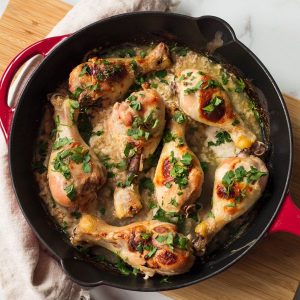 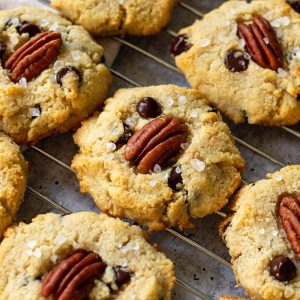 Natasha lives in San Diego, loves cooking, dining out at local restaurants, blogging, photography and taking trips to Disneyland with her husband Jarod. Let's dig in →